Diamonds are the most prized and valued of all gemstones. It is the hardest known substance yet has the simplest chemical composition, consisting of crystallized carbon, the chemical element that is fundamental to all life. First mined in India over 4000 years ago and was the only source of diamonds until the beginning of the 18th century, except for minor deposits found in Kalimantan, Borneo. Today the most prized diamonds are still known as the ‘diamonds of Golconda,’ a region located between the lower reaches of the Godavari and Krishna rivers. Golconda diamonds are believed to be the finest and purest of any gemstones. They have a perfect internal crystal structure, exceptional transparency and are without any trace of colour. 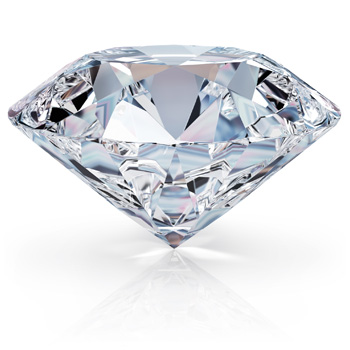 It is believed that Alexander the Great brought the first diamonds to Europe from India in 327BC, instigating the expansion of trade routes between Europe and the East. Ancient Greeks believed diamonds to be ‘tears of the gods’ and splinters of falling stars. The word ‘diamond’ is derived from the Greek word ‘adamas’, meaning invincible, indestructible, and later translated into Latin as ‘Diamas’. By the early part of the 18th century Indian mines became increasingly depleted and at this time Brazil had surfaced as the next biggest supplier of diamonds. However, sources slowly dwindled in Brazil after only 150 years and a new discovery was made in South Africa. 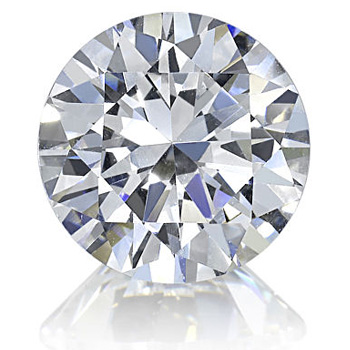 In 1866, a child found an unusual pebble near Orange River at Cape Colony. This turned out to be a diamond of approximately 21 carats and that was named ‘Eureka’. The following year another stone was discovered, later confirmed as 83.5 carats. This was to become known as the ‘Star of South Africa’. The largest and most magnificent of all time was found in South Africa in 1905, weighing 3,106 carats and named the ‘Cullinan’. The great diamond rush had started, and new deposits continued to be discovered, larger than any the world had ever known. At the beginning of the 20th century South Africa had established itself as the world’s top diamond producing country, and was followed by other countries within the African continent and beyond. This marked the start of a new chapter in the history of diamonds. Currently, the major diamond producing countries by volume are Russia, Botswana, DR Congo, Australia, Canada, South Africa and Angola, with the African continent seeing the most development. 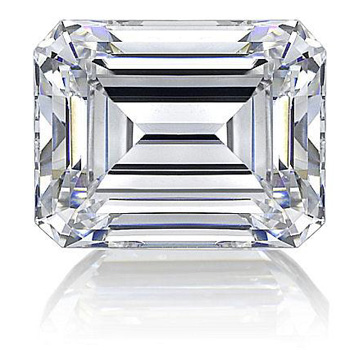 There are four main factors by which the value and quality of a diamond is determined. These factors are: COLOUR, CLARITY, CUT and CARAT. The 4C’s (as they are commonly known) and any combination of these factors will make it possible to understand the quality and the value of a gem.

Colour is the most important characteristic of a gemstone and it is one of the key factors to be considered when determining the value of a diamond. The ideal colour is the total absence of all body colour (colourless) except in fancy colours of yellow, pink, blue, green, champagne, black and the very rare red, where an intense hue is an asset. A very precise scale of colour grading is in general use today in the diamond trade as defined by the GIA (Gemological Institute of America).

The clarity of a diamond is assessed by examination of imperfections, inclusions,(internal objects) and blemishes(external marks) under magnification of 10x. Almost all diamonds contain minute traces of non-crystallized carbon or small non-diamond crystals and are nature’s fingerprint making every diamond unique. Most of them are not visible to the naked eye and require magnification to be apparent. However, the fewer there are, the rarer the gemstone will be.

The cut of the diamond, its proportions and symmetry are of extraordinary importance as they have the greatest influence on the brilliance, liveliness or sparkle of a stone. This is the one factor most influenced by man as the other three are dictated by nature. The polisher’s skill is also important for shaping the stone. The most popular diamond shape is the round brilliant cut. Other shapes, such as the emerald-cut, oval, pear, heart, princess cut and marquise are referred to as ‘fancy cut’.

The carat is a unit of mass equal to 200 mg (0.2 g; 0.007055 oz) and is used for measuring gemstones and pearls. The current definition, sometimes known as the metric carat, was adopted in 1907 at the Fourth General Conference on Weights and Measures, and soon afterward in many countries around the world. The carat is divisible into one hundred points of two milligrams each. Other subdivisions, and slightly different mass values, have been used in the past in different locations. Ref. Wiki 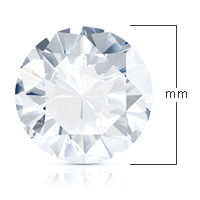